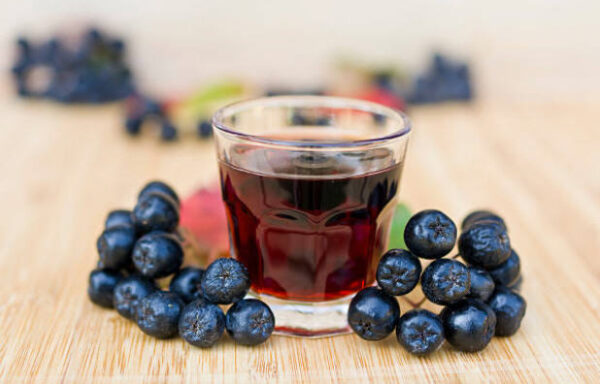 Aronia berries have the highest concentration of antioxidants present in any fruit. Why is this so important? Antioxidants protect the body’s cells from the damaging effects of oxidation. And because aronia is rich in antioxidants, it has a very high ORAC value (Oxygen Radical Absorbance Capacity – a measure of an antioxidant’s power to neutralize free radicals) – almost 80 units, the highest amongst fruits.

Comparison Of Antioxidants Among Berries 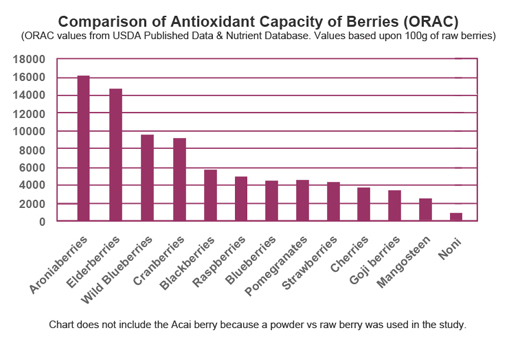 A 2017 study found aronia juice to have protective effects against liver damage in rats. The study’s authors suggested the effect might be due to the antioxidant activity of the aronia.  This antioxidant  in aronia berries can be useful in stopping harm to your liver.  A similar 2016 study demonstrated the effects of aronia fruit juice in rats with liver damage. Researchers found that the juice reduced the severity and symptoms of the liver damage.

In the United States, the Aronia berry was tested by the Department of Agriculture in November of 2007. A public comparison was published showing that Aronia was tested and compared to 276 other edible items that can be found in the USA and is ranked № 1 antioxidant.